What is Open Angle Glaucoma? 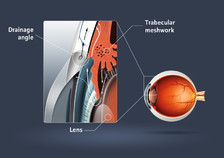 Open Angle Glaucoma is the commonest form of glaucoma in UK. If the drainage angle between the cornea and iris is open, but the trabecular meshwork is not functioning properly, this is called open angle glaucoma. There are about 2% of population over 40 years old suffers from Primary Open Angle Glaucoma.

Other underlying ocular or systemic condition can also cause open angle glaucoma. These include pseudoexfoliation syndrome, pigment dispersion syndrome, and systemic or local steroid medications.

How do I know if I have open angle glaucoma?

In the early stage, open angle glaucoma has no symptom. Commonly the raised eye pressure or suspicious optic disc is detected by opticians at routine eye tests. Further confirmation of the diagnosis requires examination by eye specialists (ophthalmologists) and further tests including visual field or laser optic nerve imaging.

In advanced disease, patient may notice that their vision is getting dimmer and objects or cars moving in to centre of vision unexpectedly. This will affect safety in driving or working with machinery. Failure to seek attention will cause permanent loss of vision and blindness.

Who can perform the glaucoma screening? 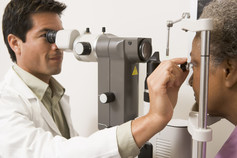 Glaucoma screening can be carried out by your community opticians (optometrists). The opticians may use an air-puff test to check your eye pressure and some may even do a visual field test for you. If you have a close family (parents, siblings or child) with glaucoma and you are over 40 years old, you are entitle to an annual free eye test under the NHS carry out by your opticians. You can ask for the relevant form (GOS 1) when you book an appointment with your opticians.

If there is any concern of possible sign of glaucoma (glaucoma suspect), your optician may refer you directly or through your GP to the NHS eye department for further examination. You can choose the which eye department you want to be referred to through 'Choose and Book' mechanism.

Private consultation with an ophthalmologist can be carried out by booking directly to the private clinics or asking your GP to send referral letters to a consultant ophthalmologist of your choice.

What are the treatments for glaucoma? 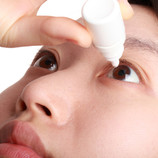 The initial treatment for open angle glaucoma is usually eye drops. There are a few classes of eye drops that commonly used for glaucoma treatment.

Prostaglandin Analogues (Latanoprost, Brimatoprost, Travaprost): They are commonly used as first choice of treatment because they can be used only once daily and usually have very good pressure lowering effect as a single agent. Patients can expect up to 20% drop in eye pressures in most cases. They also have a low systemic side effect profile, however, they commonly cause red eyes, lengthening of eye lashes and increase skin pigmentation around the eye lids.

Beta-blockers (Timolol, Teoptic): This is a common glaucoma eye drops commonly used as second line treatment when Prostaglandin Analogues alone is not enough to lower the eye pressure. They can cause some dry-eyes symptoms otherwise little local side effects. However, they can cause slowing of heart beat, exacerbating asthma, nightmare, headache and occasionally impotent in male.

CAIs drops are commonly use in combination with the beta blockers because they are both used twice daily (e.g. Cosopt, Azarga). The eye drops have much less pressure-lowering effects than the tablet form. The CAIs can cause mild local side effects including stinging on putting in the eye drops and occasionally can cause localised allergic reaction.

The CAIs tablet (e.g. Diamox) is a potent pressuring lowering agent, they are commonly used during acute eye pressure rise when not responsive to multiple glaucoma eye drops. They can cause significant systemic side effects including tingling of fingers and toes, tiredness, nausea. More severe systemic side effects including renal stones, skin reaction, and depletion of potassium level in the blood.